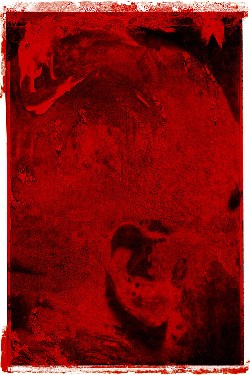 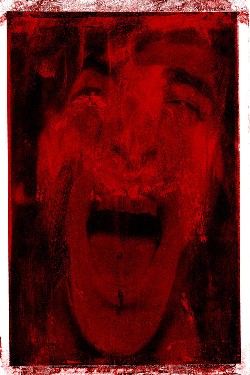 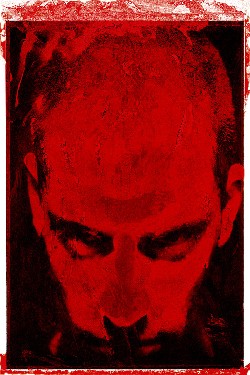 The devilish, animal-like, the savage wild part… the human being in his meanness of spirit.

The word “Inferno” (that means hell in English) derives from Latin “Infernus”, that means “placed down”, “inferior”, a place under the earth to symbolize the unworthiness of the damned’s sins. In the works of the “RED” series, the photo shoot impressed on the Polaroid (format 20x25) is obscured by a red veil.

The red colour has a determined feature.The symbolism of the red colour in its negative aspect, is connected to violence and blood, it represents aggressiveness.

It is a sort of constructive advice for the single person and for all people. The vision tries to arouse a deep reflection about human existence…